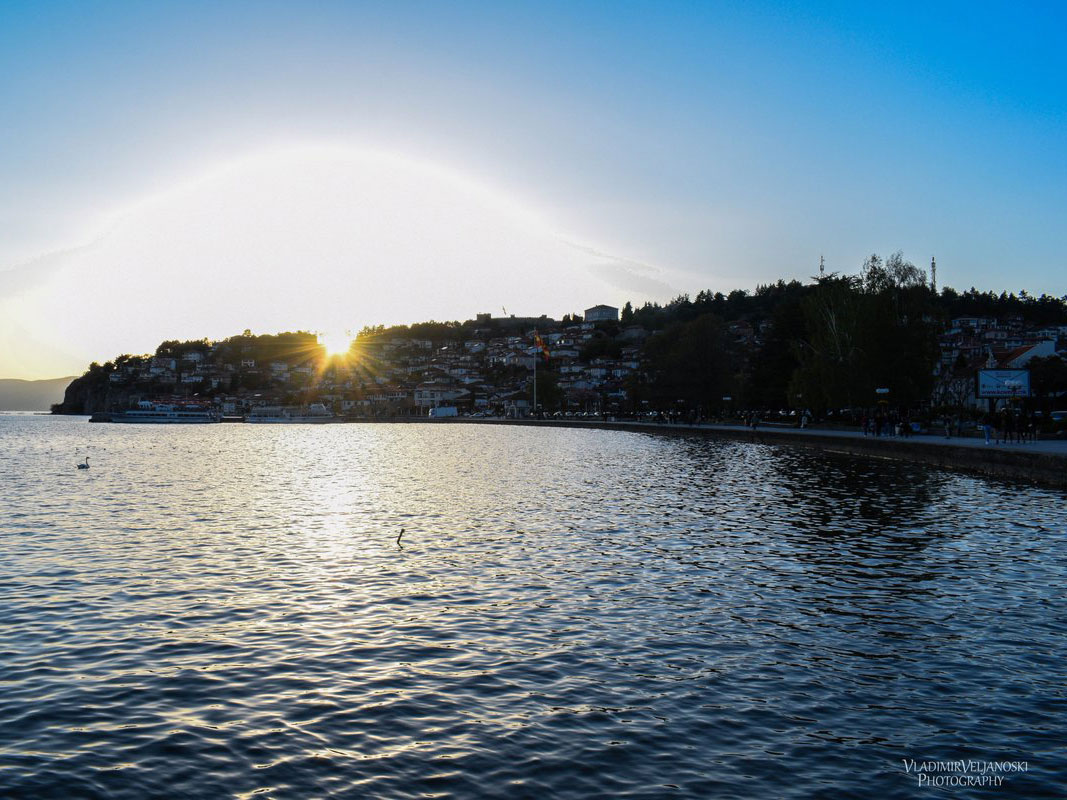 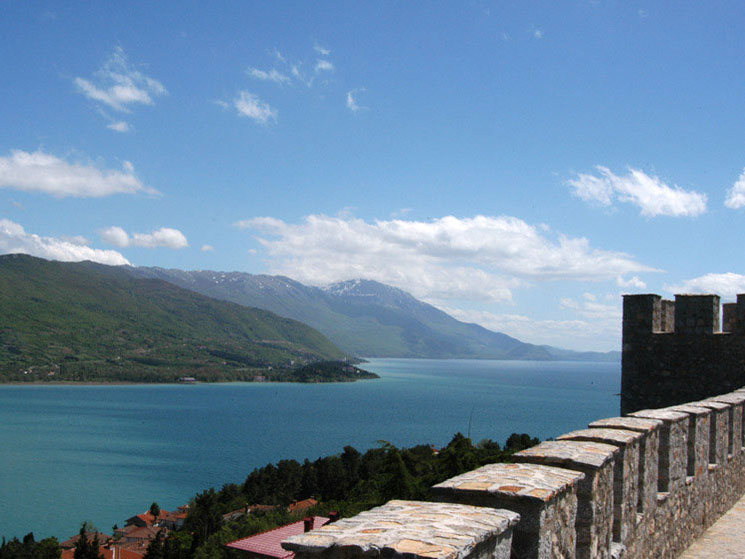 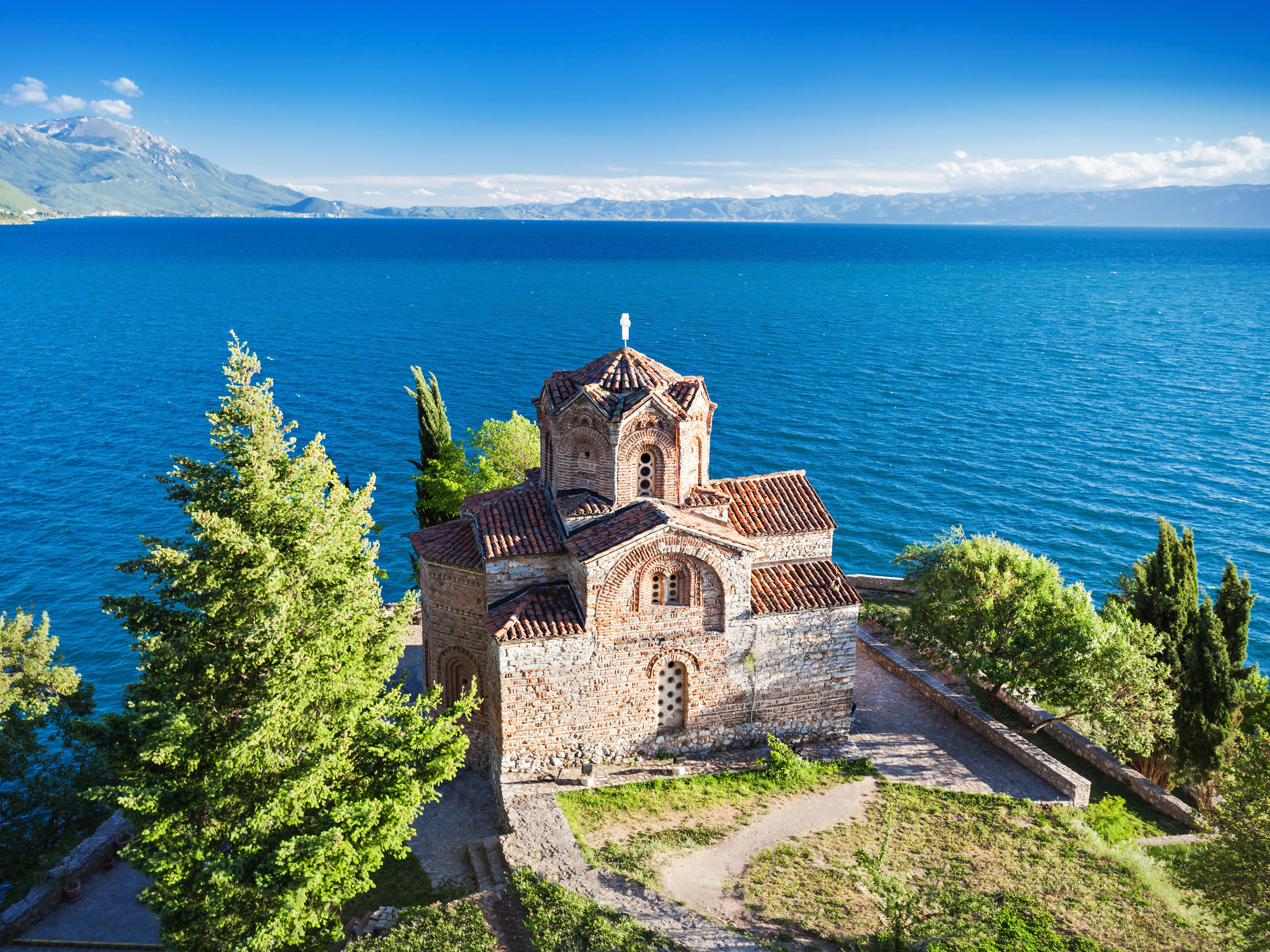 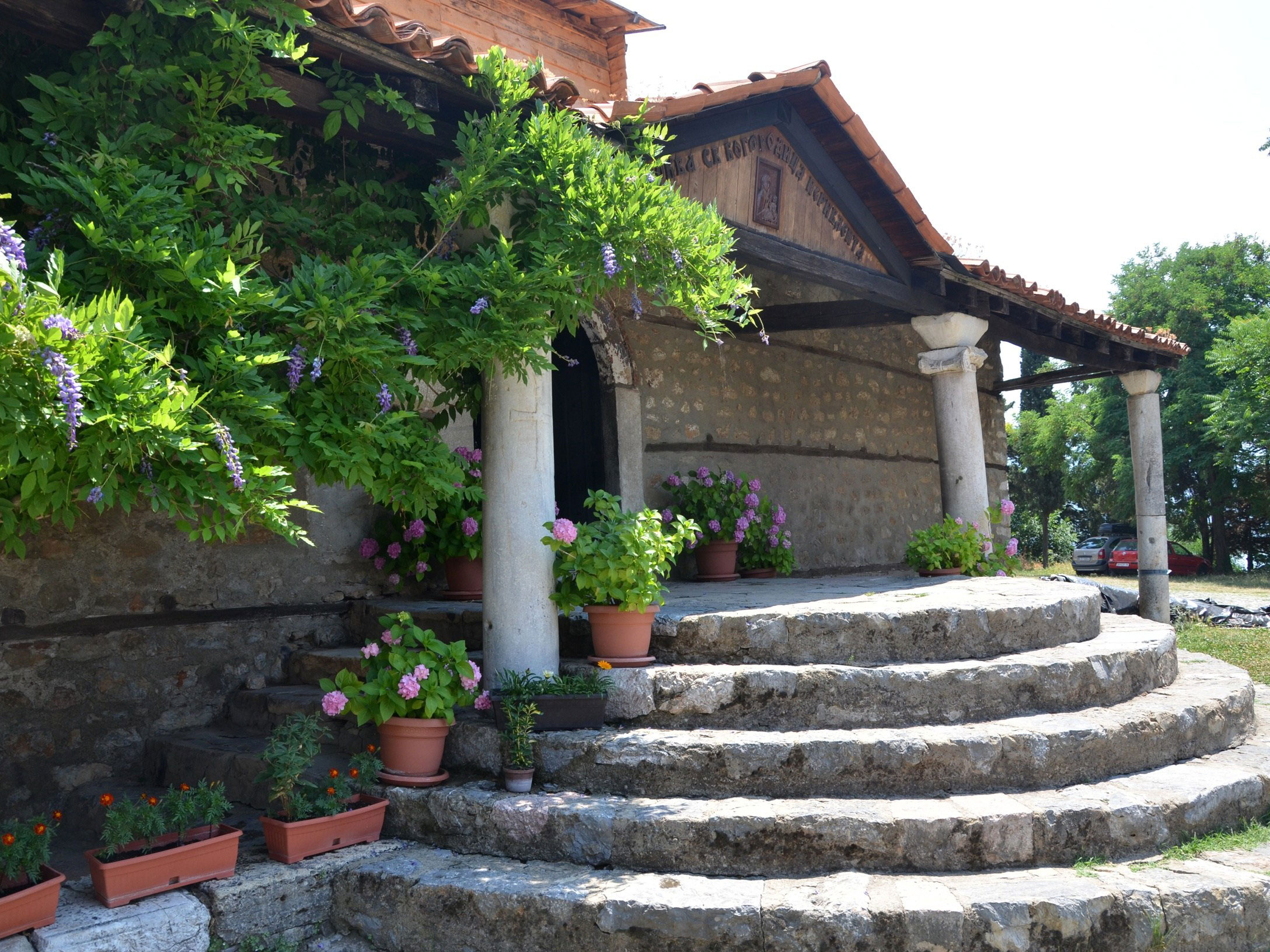 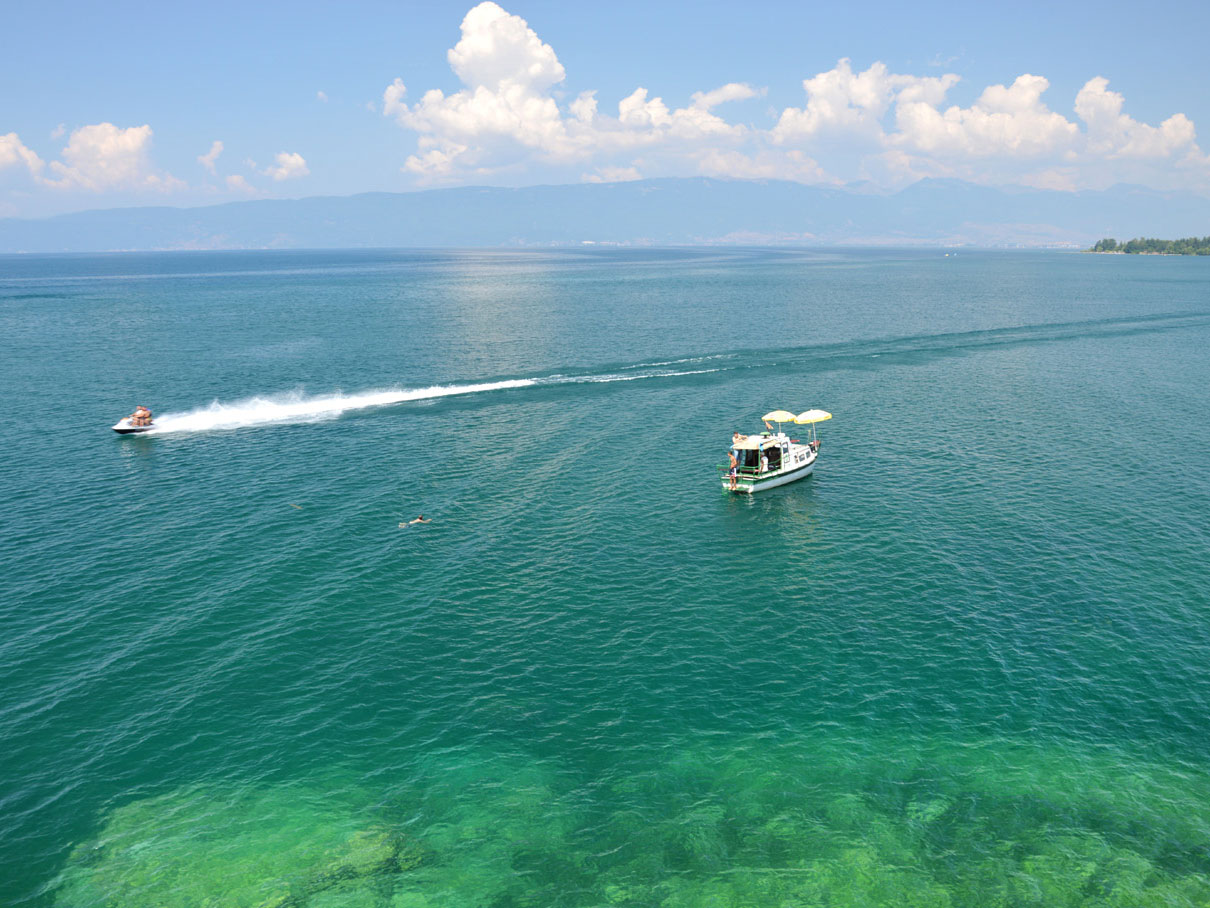 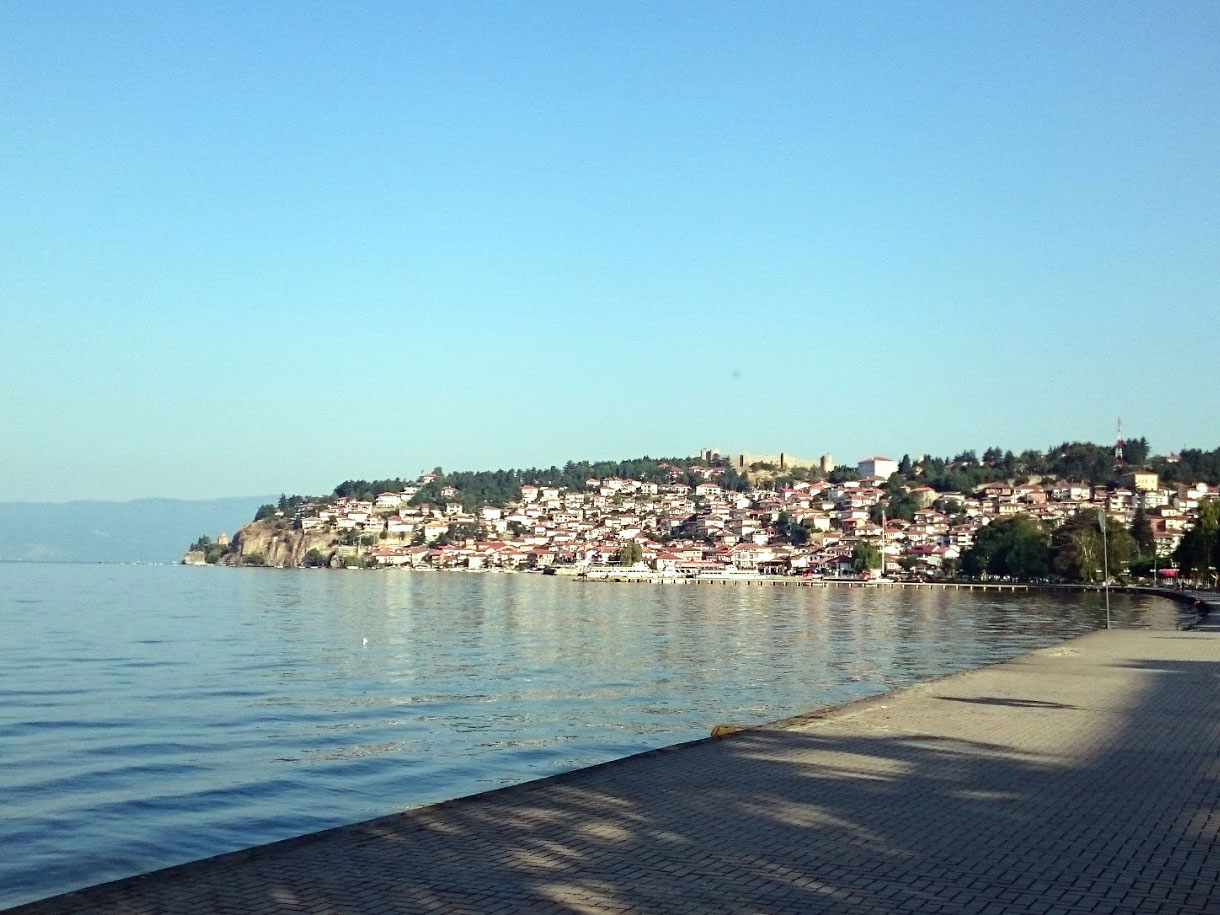 Ohrid – The Unesco protected city, the pearl of the Balkans
The city of the immortal Ohrid is the sublime lakeside point that for many represents the culmination of the Macedonian experience, a kingdom of light and water, a repository of ancient ruins from Macedonia’s earlier kingdoms. Ohrid’s major attractions are all located within a remarkably concentrated and eminently walkable area, among and above the narrow streets of the Old Town lined with restaurants and cafés perfectly suited for relaxing in the cool summer evenings. Ohrid’s many café bars and nightclubs also make for a vibrant nightlife. As for the lake itself, it is so large and so deep that one might mistake it for a small sea. Full range of water sports, fishing andboating is available, and numerous churches alongside Ohrid’s lake shores make for fascinating side trips and walks. The wooded ridge above the lake’s eastern shore is largely taken up by the National Park of Galichica, an unspoiled wilderness ideally suitable for nature enthusiasts. The uniqueness of Lake Ohrid and the city’s historical architecture has been attested by UNESCO, honoring it with an official designation as one of the few places on the cultural institution’s list “World Inheritance”.