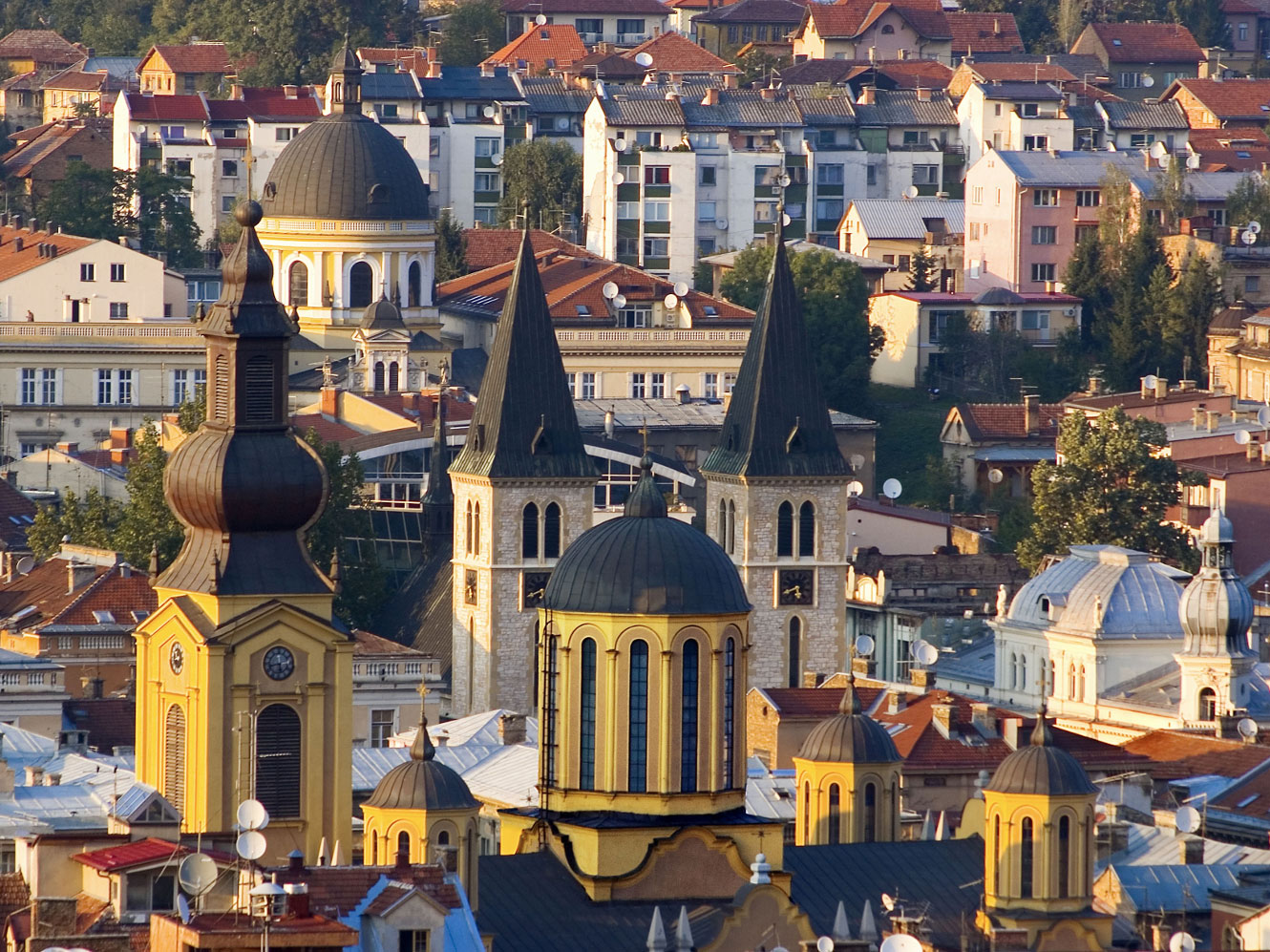 The tour begins by arriving at Ljubljana, the capital of Slovenia. After a short break, we will visit the old city center and take a tourist train ride to the castle hill, known for its outlook tower with a beautiful panoramic view of the city. You will have free time to explore beautiful streets on your own or enjoy coffee on the banks of the Ljubljanica River. Overnight in Ljubljana.

Day to begins with breakfast in Ljubljana, after that we are going to Zagreb. Croatian capital city Zagreb is a cultural, scientific, economic, and political center. We will explore Zagreb and visit museums, galleries, theatres, churches, cafes, open markets, clubs, and pubs. Zagreb is a city that owes its beauty and charm to prosperous periods of baroque, classicism, and secession. After the Zagreb tour, you can enjoy some free time. Overnight in Zagreb.

Breakfast at the hotel. After breakfast, we are going to Novi Sad to explore Petrovaradin Fortress. This fortress is the second biggest fortress in Europe, known as “Gibraltar on the Danube.” It is built in the early 17th century. After the Petrovaradin Fortress tour, we will have lunch. After lunch, we will continue visiting Novi Sad. When we finish the Novi Sad City tour, we will go to Belgrade. Overnight in Belgrade

We will travel from Beograd to Sarajevo. Sarajevo is the capital of Bosnia and Herzegovina. A small but vibrant city with rich culture and history. On arrival, embark on a guided tour to gain an insight into the history and culture of the city. After that, you will have free time to enjoy the beauty of Sarajevo. Overnight in Sarajevo.

After breakfast, we will explore Baščaršija, introduce the oriental culture of the Ottoman and Austro-Hungarian empires. At Sarajevo, we will visit the most popular tourist monuments: Sebilj, Kazandžiluk street, Gazi – husrevbey′s mosque, Old orthodox church, Jewish synagogue, Inat house, Tawn Hall, bridges of Miljacka, Latin Bridge is the place that indirectly initiated World War I. Overnight in Sarajevo.

Check-out from the hotel and proceed to Mostar. Halfway to Mostar, we stop in the beautiful small town of Konjic on the river of Neretva. Short sightseeing of Konjic. Continue our way to Mostar. Upon arrival, Mostar proceeds for the city tour with fascinating history, beautiful architecture, and natural setting in a valley on Neretva river banks. Start with sightseeing; visit Old bridge (UNESCO World heritage), Bey’s Mosque, Oriental Bazaar, and Turkish house. Overnight Mostar.

In the morning, we will go to Dubrovnik. At Dubrovnik, you will have a free day or choose some of the many optional tours. If you are coming in the summer period, you can enjoy the day at the beach or learn about the history of this magnificent city. Overnight in Dubrovnik.

After breakfast, we will have a sightseeing tour of this beautiful town, known as a pearl of Adriatic. Exploration of the old town, with one of the best-preserved medieval centers in Europe. We will walk on the city walls, and in the evening admire the sunset from the spectacular viewpoint above the town. Overnight in Dubrovnik.

Check-out from the hotel and drive to Montenegro. Visit the Bay of Kotor, one of the most indented parts of the Adriatic Sea is sometimes called the southern-most fjord in Europe. Kotor is part of the World Heritage Site Natural and Cultural-Historical Region of Kotor. After a lunch break, back to Budva – the old Mediterranean port, surrounded by an impressive city wall built by the Republic of Venice. Arrive in Budva and start with sightseeing of the city with the Venetian influenced remains that are dominant among the architectural influences. Overnight in Budva.

Breakfast at the hotel, and continue to Skadar lake, the largest lake on the Balkan Peninsula, also a National Park, which lies on the border of Montenegro and Albania. Continue to Tirana. Arrive in Tirana, proceed for half day sightseeing of the city and visit of most important attractions like Skanderbeg Square, Skanderbeg Statue, Et’hem Bey Mosque, Clock Tower. Check-in the hotel.

After breakfast drive to Prizere, Kosovo. City tour of Prizren, the small charming town from the period of Ottoman Empire, situated in the south of Kosovo. After the visit, drive to Skopje, Macedonia.

After breakfast walking a tour of the center of Skopje, visit Kale Fortress, the Church of the Holy Savior, one of the finest samples of traditional walnut woodcarving, Old Bazaar, and Stone Bridge. Departure to Ohrid. Check in to the hotel. Overnight.

Visiting Ohrid, this UNESCO world heritage site is known as the “Macedonian Jerusalem,” due to its large number of churches. This enormous lake is renowned for the clarity of its water. Discover highlights of Ohrid, The church of St. Sofia (11th century), the most eminent medieval monument in Macedonia with magnificent Byzantine fresco paintings, and St. Clement Church with its icon of Annunciation. Overnight in Ohrid.

After breakfast, we depart for Bitola. The group will explore the Turkish market, Bedestenot, Yeni Mosque, the Clock Tower, the wide alley, and the military academy. After the visit, drive to Thessaloniki.

Full day tour of Thessaloniki – the second most important city in Greece and one of the biggest ports in Europe. It was established by King Cassander Macedon and named after his wife Thessalonike. She is a half-sister of Alexander The Great.

After the breakfast drive to Kavala, following the Egnatia highway, built on the path of the Rosman ‘Via Egnatia’. Passing by the two lakes of Koroni and Volvi and the village of Asprovalta, we will optionally visit the famous statue of Amphipolis, to visit the Lion statue. A short tour around the town follows, where you may see the impressive Roman Aqueduct and the port of Kavala. Overnight

After breakfast, drive to the Turkey border, arriving in Edirne. After Bursa, Edirne was the second capital of the Ottoman Empire before the conquest of Constantinople and was a gateway of the Ottoman Empire and today’s Turkey to Europe. Visit Selimiye Mosque and the bazaars of the former Ottoman capital. Overnight is in Edirne.

In the morning we depart for Istanbul. Arrive in Istanbul for a two nights stay. Overnight is in Istanbul.

Today we will enjoy an extensive full-day city tour including the spectacular Sultanahmet Mosque, Aya Sofia, Dolmabahce Palace. Overnight is in Istanbul.