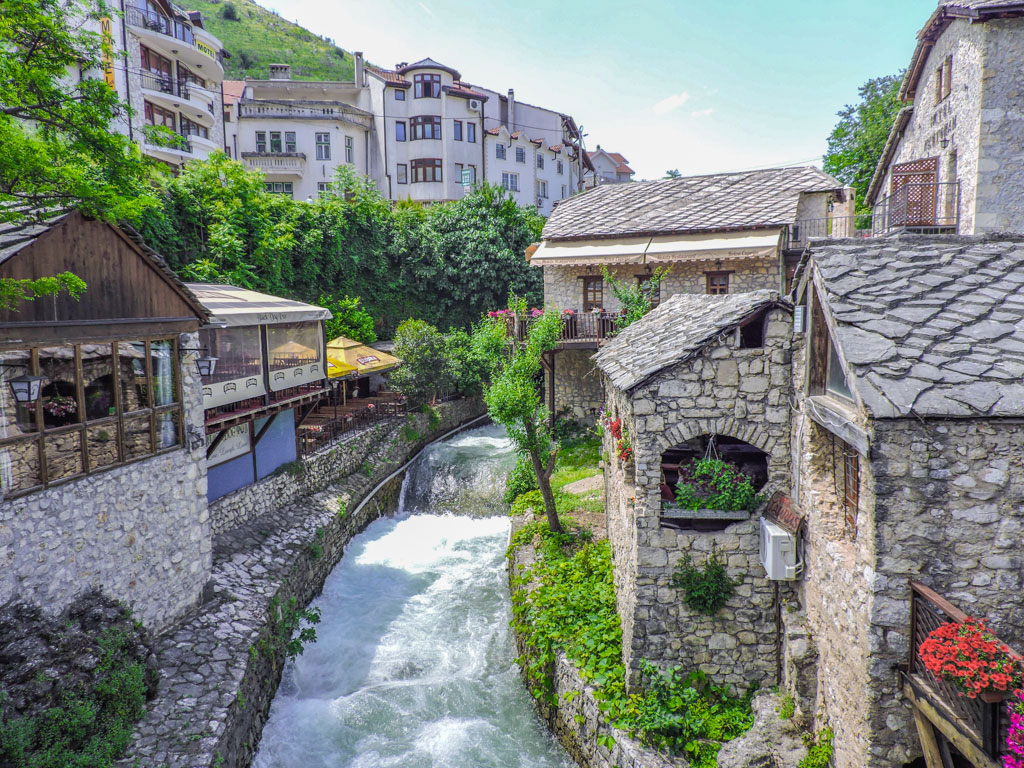 Arival to Sarajevo Airport, transfer to the hotel. Rest of the day is available free time for recreation and individual activities. Overnight stay.

After breakfast, with guide we have panoramic sightseeing of the olimpic City where east and west meets. Sightseeing Baščaršija, main square in wich streets are developed specific trades, we will introduce the oriental culture of Ottoman empires, and later also with culture of Austro-Hungarian empires. We will visit the most important tourist monuments: Sebilj, Kazandžiluk street, Gazi – husrevbey′s mosque, Old orthodox church, Jewesh sinagog, Inat house, Tawn Hall, bridges of Miljacka, Latin Bridge is the place that indirectly initiated the World War I and etc. After the tour we will make a short break for lunch. We recommend chevap (kebab) or pie. After the break we are going to the monument of nature Vrelo Bosne. Beside ride in tradisional Bosnian carriage ″fijaker″ Vrelo Bosne is also a paradise for bird observers and other animals. At the heart of Vrelo Bosne there is also a children playgarden area as well as sale offer of localy made products. After the tour we return to the hotel. Overnight stay.

After breakfast departure to Mostar. Arriving in the town of Konjic, near the river Neretva which flows through the city, we will make a short rest coffe break . After passing near Lake Jablanica we will cross Jablanica, where we will see panoramic – a bridge destroyed in the Second World War known as the “Battle of Neretva”. Closed the destroyed bridge, which is a symbol of remembrance for the wounded at the battle of Neretva, Next, we continue to canyon – gorges valley of the Neretva River. Additional photography of breaks and rest pretend we negotiated with the group. Mostar was named after the bridge keepers on the banks of the Neretva River, so we will begin a tour of Old Bridge, which was added to the list of UNESCO the list of protected monuments. You will have the opportunity to attend the sport – recreation events, Jumpers from Old Bridge and Otoman old town. Overn night in Mostar.

Day 4: Mostar -Sarajevo
After breakfast we will continue to the medieval town Počitelj. This is a quiet town of Oriental, which was added to UNESCO – the list of protected monuments. This town had a Mediterranean look, but after the Turkish conquest of oriental reshaped which gives a special dimension. Pocitelj hosts the longest operating art colony in southeast Europe Artists from around the world gather here to paint, among other things but importantly, the shiny red pomegranates and figs that grow in abundance on the hills of Pocitelj. Here we have the opportunity to visit Hadzi-Alija Mosque, Sisman-Ibrahimpasa madrasa and Gavrankapetanovićevu house, and the most interesting object in Počitelj clock tower, fortress high on a hilltop above the town.After Pocitelj we will go to the Spring of the Buna and have lunch there . The spring of the Buna River is a hundred year place of prayer and meditation. The spring of the Buna River is one of the most beautiful carst, here comes 43 cubic meters of water, in one second what ranks this river spring among the most powerful in Evrope. At the very hot and there is a Dervish House, one of the most important excemples of sacral residential Islamic culture of BiH. In the spring there are seafood restaurants where you can (optionally) to try the local fish specialties . After the lunch we return to the Sarajevo. Overnight stay.

Breakfest.After brekafast going to the tunel of Hope in Sarajevo. This tunel have history in last war was in Bosnia and now it is national museum. After tunel we are going to OLIMPIC mountain BJELASNICA and have enjoy time in nature. Enyoj ride on ski lift with beautiful panorama of olympic mountain (optional).

Breakfest. Departure to Small Pliva Lake and Large Pliva Lake which are placed 5 km from Jajce. What gives this place a special charm of the small mills – Mlinčić. They are located between two lakes, close to the resorts where you have the opportunity to rekindle the grill and enjoy the scene. After the tour we will visit the lake and the city Jajce, his natural and cultural attractions. The town of Jajce is the only city in which there is a waterfall (one of the twelve most beautiful in the world), and also the estuary of the River Pliva in River Vrbas. We will visit also: the Citadel in Jajce, the Bear tower, the Tower of St. Luke, Esma Sultan Mosque. After the tour we will break for lunch and rest, then go back to Sarajevo where we overnight.