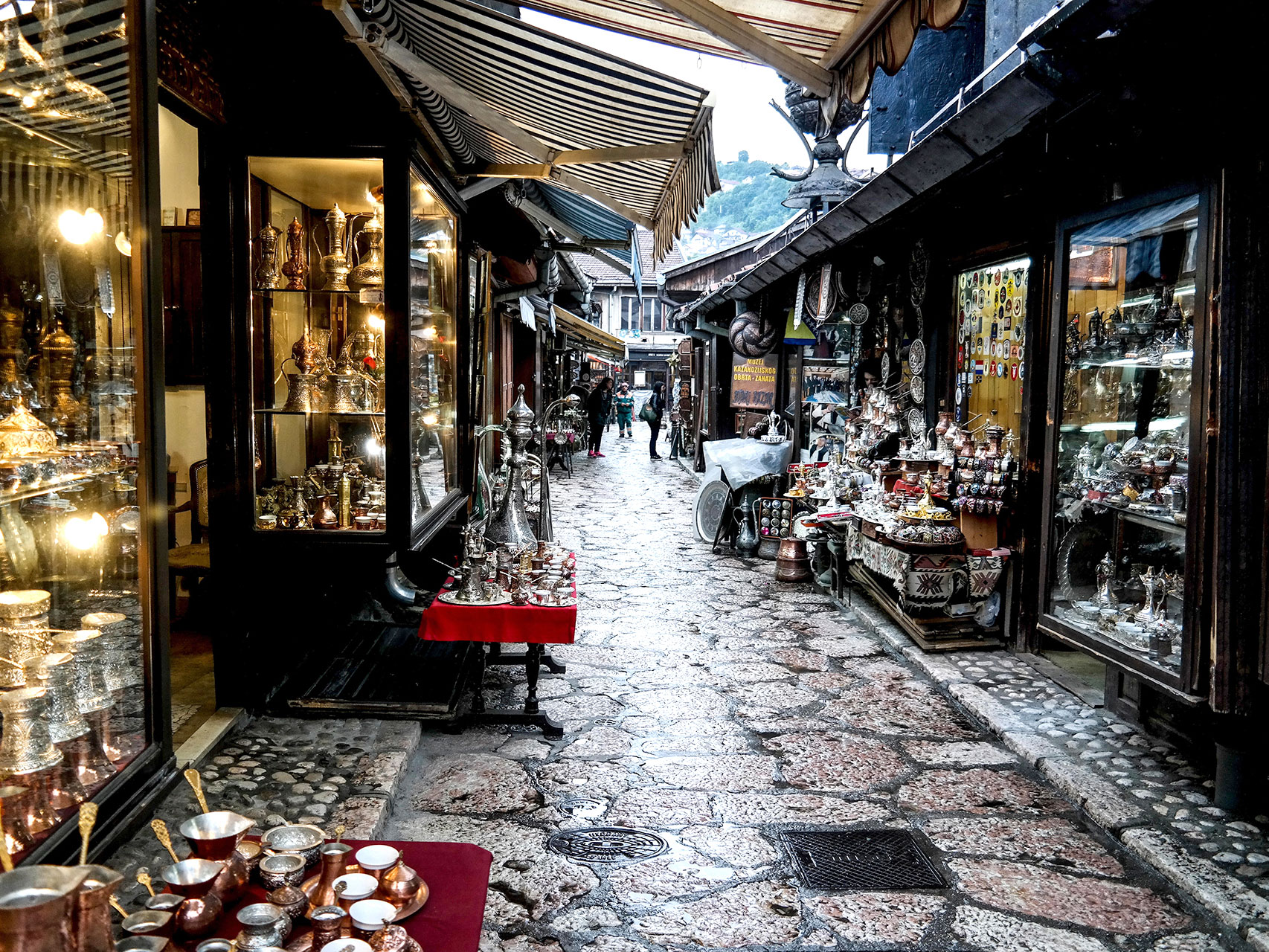 After breakfast start our historical and cultural tour of Sarajevo city. Places to be seen on this tour are: famous Bascarsi, War tunnel constructed during bloody war in our near past, historical Ottoman inn Morica han, Catholic church, Synagogue, Husrev Bey and Ferhadiye mosques which reflect religious cosmopolisation of the city, Latin bridge, a place where duke Franz Ferdinand was assasssinated in 1914, Old library, Ferhadiya street with its buildings made during Austro-hungarian 40 years government in Bosnia and grave of the first president of Bosnia and Hezegovina, Aliya Izzet Begovic. After this tour movement to Bascarsi and free time for shopping. Meeting at determined hour and we go back to the hotel. An accommodation is in a hotel in Sarajevo.

After having a breakfast in the morning we start our journey towards Mostar.We will visit Konjic city and old Otoman bridge and after that we continue tour to Jablanica lake.After Lunch in famose restaurant Zdrava Voda we continue our trip to Mostar City and accomodation in hotel.After resting we go to one of the Bosnia traditional restaurant for dinner.

After having a breakfast in the morning we start our journey we go to visit natural watterfals Kravice.After break and resting on Kravice we will visit historical city Pocitelj.After tour in Pocitelj we continue to Blagaj and water spring of Buna river and visiting Tekke on Blagaj and make the lunch on the river. In late afternoon hours we back to the old town of Mostar city.

After breakfast ın hotel we check out from hotel and going to Rama lake. After visiting this betiful lake and break we are continue our trip to historical city Jajce.Jajce is one of important historical city and he has very beatiful waterfall in the middle of town. After Jajce we are follow trip to Pliva lake and check in in hotel.

After breakfast in hotel we continue trip to Bihac city. Bihac is very beautiful city with his river Una. River Una cross on the middle of city Bihac and in europe they calling river Una pearl of Bosnia. After arriving to hotel who is also located on river Una there is free time for rest.

After breakfast we will go to visit city Bihac, castle on Ostrozac, and castle on Velika Kladusa. And making the dinner on River Una and their famous fish pastrmka.

After breakfast, we will go to National park Una,and watterfalls of Strbacki Buk. After that we back afternoon for shopping in Bihac and get ready for back to Sarajevo next day.

After breakfast and check out from hotel we back on Sarajevo with crossing Jajce and Travnik. Travnik was one of most important city in Otoman imperia.There is also first islamic school in Balkan ever. After lunch and trying the traditional kebab in Travnik we are continue our trip to Sarajevo.

Sarajevo mountain was hist Winter olimpic games 1984,and there are very interest activities and enjoying in mountain air and natural environment. Something a little highlands of BjelaSnica is Lukomir village, which is considered the tallest village in europi. Lukomir will try Bosniak traditional dishes such as turkey, pie, cheese and sour cream.

One of the most beautiful days of this trip is definitely rafting on one of the beauties of Bosnia and Herzegovina Neretva River, you will experience an unforgettable experience as a combination of adrenaline and natural beauty.

Bijambare nature park with its caves and cave decorations that are in them, will certainly make you re vratite.You can see the untouched nature for centuries and that all its visitors breathless. new discoveries that have begun in recent times in high will certainly make the new thinking about history. These pictures speak about the geographical layout of the hills that surround the city, as well as high labyrinths beneath them will surely ask many questions in your head, so worth a look.

Today, you will be walking around the shopping centers fo Sarajevo. You can find many gifts for those who await for your return and make them smile with small presents at low prices.

You will be transfered to the Sarajevo Butmir International Airport. We would like you all have a safe trip to home.

Prince does not include: